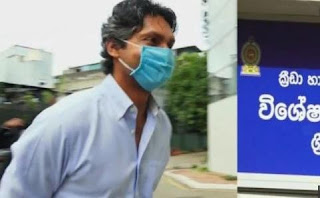 The officials have been captured on doubt over their connections to street pharmacists.

The capture comes following the ban of four officials appended to the PNB on 29 June.

A Senior Overseer, two Sergeants, and a Police Constable, were prohibited after examinations led into their connections with street pharmacists.

On 30 June, Representative Investigator General of Police (Burrow) K. Aponso was designated as the new top of the PNB.

The arrangement was reported in the wake of Acting Investigator General of Police (IGP) C. D. Wickramaratne mentioned the National Police Commission for the exchange of the current Burrow of the PNB Sanjeewa Medawatte.

The Commission affirmed the solicitation and moved Burrow Medawatte to the Police Government assistance Division.