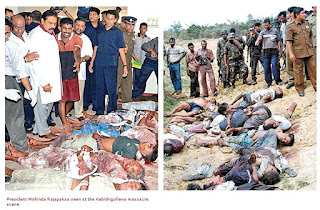 When the LTTE mercilessly butchered innocent civilians across the country in the past three decades in their effort to turn the entire island into a graveyard, the so-called western critics and those who appoint advisory panels to look into the final phase of the humanitarian operations observed them silently.
There was no attempt from their side to exert pressure on those so-called terrorists to put them on the path of democracy or even to liberate the innocent Tamil civilians from the clutches of terrorism, leaving the civilians to suffer for decades. They simply ignored our leader's plea to the world for support to end Asia's longest driven conflict.
Instead of responding to our pleas for assistance to find our own solution to the problem they tried their best to apply their own theories to resolve it. The LTTE never bent towards democratic means to end the conflict.

They shied away from the negotiation table repeatedly in every initiative successive Governments of Sri Lanka took. They kept on marching on the path of terrorism by assassinating democratic leaders of the country and also in India and mercilessly massacred the majority Sinhalese in the island. The world had ample evidence to prove the LTTE's acts against humanity. 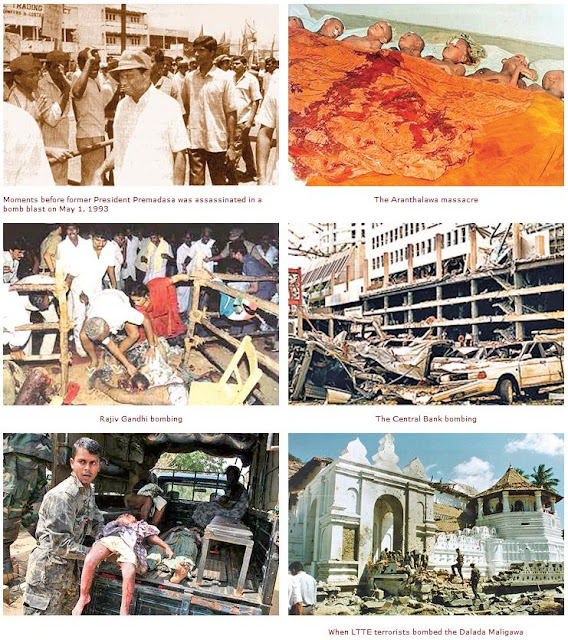 So, what were we to expect from a leader who has real feelings for his citizens who were suffering at the hands of the ruthless terrorists for decades? Should he have tolerated all these atrocities silently or should he have found an effective way of eradicating it to bring and end to the conflict ?
The solution he had was the humanitarian operation to liberate the innocent Tamil civilians from a savaged group of terrorists who were ready to push their own people to the fronts to reach their own ends. 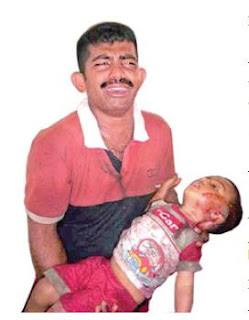 The entire world observed how Sri Lankan troops were liberating the innocent civilians who had been kept hostage by the LTTE for months in Puthumathalan on April 20, 2009. They observed very clearly how a sea of innocent civilians fled 'hell' when the Sri Lankan troops opened the gates out for them to flow into the land of freedom.
If the troops wanted to massacre the innocent civilians in 'safety zones' they could have easily done that as they had enough guns to outnumber them.
Therefore, it is ironic to see that the advisory panel appointed by the UN Secretary General making the Sri Lankan Government and the Security Forces responsible for alleged war crimes committed during the final phase of the humanitarian operation whilst observing deep silence over LTTE atrocities and crimes committed against innocent Tamil civilians.
In a shameless manner, the so-called Darusman report is trying to push the international community against this small nation impeding its prospects of becoming one of the brightest in the world through the reconciliation and development drive being carried out after eradicating ruthless LTTE terrorism.
There is only one plea the Sri Lankan community has to the world. Don't be misled by those so-called reports. If the advisory panel of the UN Secretary General has a thousand evidence to prove their allegations to the so-called war crimes and human rights violations committed by the Security Forces in the final phase of the humanitarian operation the people of Sri Lanka have millions of stories to tell about the violation of their rights by the LTTE. Then the world will know who has done wrong and who did right.